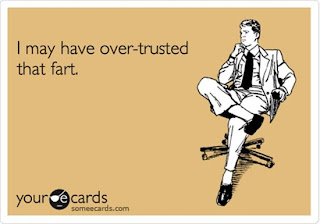 We've all been there or know someone who has.  The shart.  Oh, God, the dreaded shart.  With this flu season being a particular big bitch, I have dealt with the problem of sharts. Not myself, but the littles that have been afflicted with this most painfully embarrassing event.

For those of you who aren't in the know of what a shart is, it's a fart that comes out with a little bit of poo, as well.  Gross.  I know what you're thinking, "Why is she talking about this?  Aren't these things better left unsaid? Why do we have to talk about it?"

My answer to that is this: comedy.  Sure, it's not that funny when it is happening to you, but damn, it's hilarious when someone else just admits that they have shart their pants. 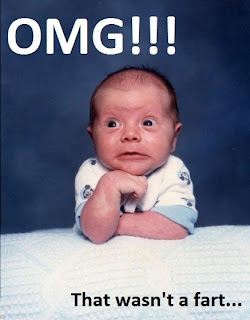 True story: This is what happen to me a couple weeks ago and I haven't had the courage or stomach to tell you about it. Well, today I am feeling particularly brave, so here it is.

The flu season has brought a bunch of nastiness to my second grade classroom and tummy bugs can be different for everyone.  One day, during the grossness of flu season, a student approached me with a wiggle in his step.  "Mrs. T, when I went to the bathroom, I, uh, thought I was going to fart and, uh something came out." *Wiggles uncomfortably in his jeans.*

Completely grossed out by what I knew was the possible situation, I answered with the best serious face I have, "Oh no.  Did a little poo come out?"

"I don't know." *shifts weight repeatedly from one side to the next.*

"Well, do you need to go check?" I nervously responded.

"Uh, no.  It's okay." he replied as he shifted his weight one more time.

"Yeah, I think you should go check really quick." I whispered so other students couldn't hear.

He then ran/wiggled off to the bathroom to check out the situation.  I waited, patiently looking up this parental contact info in case we needed to get some back-up undies.  I waited.  And waited.  And waited some more.  Finally, after about ten minutes he emerged with the same shuffle in his step.  He went back to his seat and nervously looked at me.  I walked over to his desk and whispered, "Was everything okay?"

"Was there anything in there?" I carefully asked.

"Yeah, but it's fine." he confidently responded.

"But, if there was poo in there, shouldn't we call someone to bring you some clean clothes?" I whispered, so other student's wouldn't figure out what was going on.

"No, it's fine." he quickly responded.  (All throughout the conversation, I noticed that he hadn't sat down and I couldn't let him continue the day with poo, no matter how much, in his pants.  It was only 10:30am and it was also P.E. day.)

"Well, I think we should call someone.  Here's a note, go see the health clerk and tell her what happen."  I coached as I handed him the note.  He bounced off to the office and returned about twenty minutes later with a refreshed smile on his face. 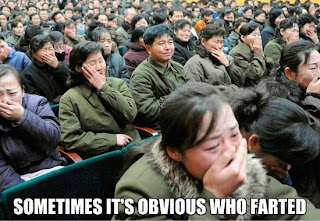 Along with the sharts, the nasty flu bug that has been circulating has also brought about bad farts.  Now, I am no stranger to the unmuffled, stinky farts, I do teach second grade, but these farts were enough to clear a room.  I have had to stock up on room spray and use it liberally during the fart/flu season.  I don't know what it is but this year, I have a particularly stinky class.  The farts are like a plague that spread and multiply in fierce competition.  One day, I actually came home and thought I could still smell the farts that had plagued my room that day.  It had been burnt into my nose!

Please, someone, tell me that I am not crazy and gross.  This has happened to you, right?  I really love a story that I once heard about a friend that had farted on another friend's couch and a couple days later, the other friend went to lay on his couch and jumped up realizing the smell was still embedded in the couch fabric!

How can the sharts and farts be this bad?  If I had a solution to either of these problems, I would certainly be a millionaire.  Maybe I'll work on that.  Or not.  I'm sure there would be too much "field research" that would need to be done on neutralizing stinky farts.  For now, I will continue stocking up on room spray and Febreeze.

As I have said before, I try my best to find the humor in everyday situations.  And damned if sharts and farts aren't a part of my everyday duties as a mother and teacher.  I realize that this is a touchy subject and some may say, "What is she thinking, writing about sharts? She is totally disgusting." To you, I say lighten up. You know you giggle at fart jokes and potty humor. If we can't laugh at potty humor, what can we laugh at?