Since Luci Moon has turned five, life has changed in subtle ways.  When she was a baby and Ivan was only three, life was very hectic, chaotic and challenging.

Having a child, let alone more than one, is NOT for the faint at heart.  It's similar to taking care of two (or more) severely drunk friends at the same time, all while you haven't slept in days. 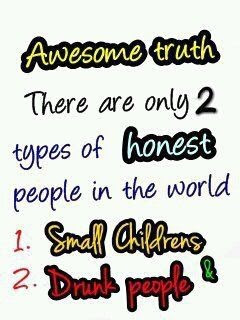 1.  If one's not puking, the other is really close to falling down a flight of stairs.

2. An emergency room visit is just one unattended-during-my-shower moment away.

3.  When you think you've finally cleaned everything, everybody up, one of them decides to pour their own glass of juice and spills it all over the floor and themselves.

4.  While you are cleaning up the spilled juice and helping them change clothes, the other drunk decides to change their clothes, too, and gets tangled in their own pair of pants.

5.  Then you think that you got everyone settled in bed for the night and they decide that they really NEED to sleep with you and take up half of your bed. While snoring.  And stealing all your covers.

6.  While one needs help going to the bathroom, the other needs help changing out of pants that they just peed in.

7.  They have no internal filter yet.  They will say whatever comes to their minds at exactly the wrong moment, "Hey, look at that lady!  She's fat/in a wheelchair/hairy/ugly!"

8.  You really try to understand what they are trying to say in their slurred, incomprehensible language. And they get furious when you ask them five times what they just said.

I will be the first to admit that I didn't really enjoy the baby stage of either children.  At one point, I remember holding Ivan who was just a few months old, crying and irrational from sleep deprivation, pleading with my mom "Please tell me this gets easier!"

She confirmed that it does, in fact, get easier and in fact by the time Ivan was about 9 months old, I wanted another baby because I was convinced that I would totally rock the second time around. 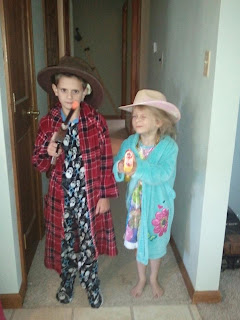 But what she failed to mention that the obstacles change as they get bigger.  Instead of having the spit ups, they replace that with a refusal to eat anything besides chicken nuggets.  They replace crying at all hours with constant whining and bickering.  And in place of the gentle, fumblings of figuring out how to walk, they learn what a "daredevil" is and climb and leap from any structure they can get their hands on.

Well, now the tables have turned and I am thoroughly enjoying my role as mom.  I am here to tell all my friends that are now in the throes of the infant stages, it does get easier.  I am here to say that life after five is WAY easier than any other age.  Now that we have surpassed the baby and toddler phases, I am embracing the little kid/big kid phases of talking back, sassy attitudes and fighting.  (Hell, I'll take those over sleeplessness, changing diapers and nonstop crying any day!)

Yes, life gets easier after they can feed themselves, dress themselves and go potty by themselves.  Basically, what I am saying is this.  Teach them to be independent and life will be grand!

The first taste of that independence was when they could feed themselves.  I could put mashed up veggies and fruit on the tray and enjoy my own dinner, warm.  Heaven!  Then it shifted to dressing themselves.  I could lay out clothes for them and they learned how to do it themselves, at first with some help and eventually totally by themselves.  The next glorious step was learning to go potty on the toilet.  This made running errands and going places so much more enjoyable!  And the final step, is one that Luci has been working on recently:  wiping their own butt.  Gone are the days of "MOM!!!  I'M DONE!"

So if you are feeling overwhelmed with snot, puke, poop, crying, sleepless nights and breastfeeding, hang in there buttercup!  It does get better.  I guarantee it. Trust me, when I say, life after five is so wonderful and once you have a taste of the good life, you won't want to go down that baby path again.  So, if you know that you want more than one or two kids, you better have them before the youngest hits five.  Because live after five is just the bomb diggity!
Posted by Heather