Ease my Mind and Soul 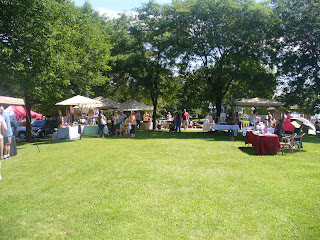 Today was a wonderful, relaxing day. I got to sleep in this morning and then decided to go to the Riverfront Farmer’s Market. This was the first Saturday that I have had time to go and it was well worth it. The market has loads of fresh fruits, veggies, organic herbs, farm fresh eggs and homemade baked goods. There is also an area where local artists set up shop. There are hand crafted ceramic bowls, photography, hand made jewelry, and blow glass wares.


I perused the local fare for a while first and then headed to the artist area of the market. I could literally spend hundreds of dollars on all the hand 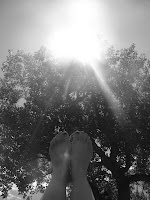 crafted blown glass, kids apron dresses and jewelry. I ran into a friend that is a yoga instructor and tried my hand at yoga.


I have never really done yoga, although I have always wanted to try. I will say that it was the most relaxing, soul healing, happiness evoking experience ever. We set up in a shaded area in the grass along the river, under a huge beautiful tree. The relaxed atmosphere was enough to put 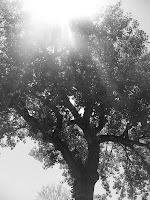 me to sleep alone! Add in a beautiful day, the sounds and scents in the air, I was truly at peace. The live music added to the perfect mix and made the whole experience more euphoric. I sat under the huge tree that we meditated under earlier and people watched for a while.


It was everything that I needed and exactly what I wanted. I will 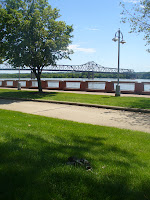 definitely go back again in the near future!
Posted by Heather No comments:

Diggin in the dirt 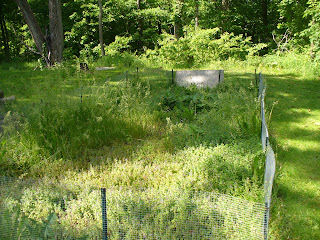 resurrected my garden this year, which was a huge triumph! Last summer, I didn’t do anything with it because I was taking a full summer class load. This year, I spent more time and effort by putting down weed stopping black paper. Two years ago, I planted straight into the ground without thought and had a garden full of weeds. This year, I out smarted those weeds and thought it through first. Let’s just be real honest, I don’t have time or energy to weed a garden every day! So far, weeds are at bay and veggies are coming along swimmingly! 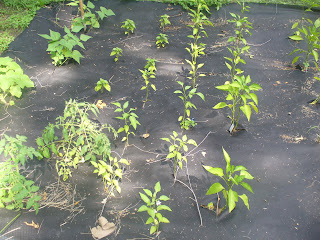 I can’t wait to start pickin’ stuff to cook with. I also planted two containers with herbs out in the front of the house. I have oregano, cilantro, basil, parsley and sage. I used some cilantro to make a yummy corn and black bean salad for Ivan’s birthday party. Gotta love fresh cilantro! 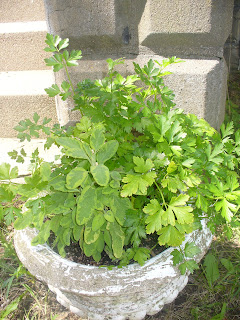 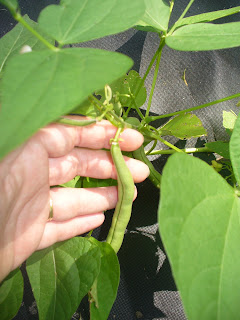 the name. I also planted two different beans, one is a pole climber and that other is a petite green bean. My cucumber is taking over the back half of the garden and will surely have a few hundred cucumbers, I’m sure! This is also the third year for my strawberries and I have already picked probably a gallon so far. They are blooming again and hopefully we will get another gallon or so. My mom recently gave me several raspberry plants that I planted on the edge of the woods. I haven’t seen any berries yet, so maybe later in the year! 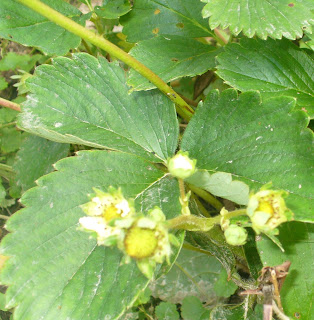 Diggin’ in the garden makes me so happy and knowing that I have grown something for my family to eat makes it taste even sweeter!
Posted by Heather No comments: