Evolution of a Buzz 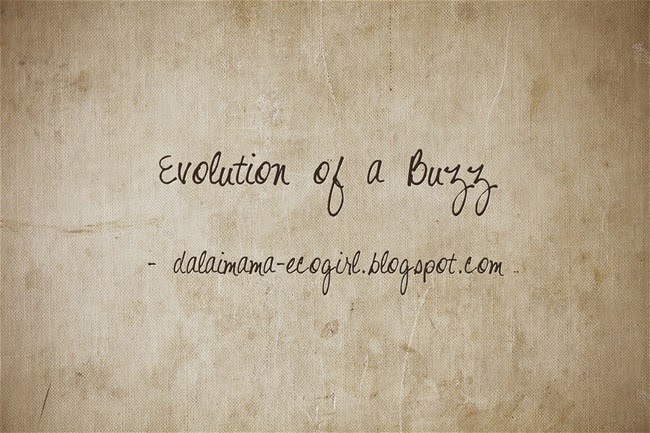 Have you ever had one of those nights that landed you in a bar on a Tuesday night in the midst of crazed drunkenness?  The kind of crazy where everyone around is taking part in this secret tribe of togetherness with people that they hardly know?  The kind of drunkenness that ends with everyone singing a Grateful Dead song in unison without music?

Well, I had one of those a few nights ago and in the midst of it all, all I could think of was how did we get here?  How did it get to this point?  When I walked into this place it was a calm, relaxed place.  Now as I take a look around, I have to laugh at the situation.

Upon talking to my associate that was with me on this particular Tuesday night, we discovered that there is an evolution of such that takes place. Yes, an evolution of beers, shots and mixed drinks that lands us in this place.  This I-love-you-man kind of place.

These are my observations of The Evolution of a Buzz*:

Your friend sends you a text that your favorite local band is playing tonight at the XYZ Bar, do you wanna go?
You think:  Well, it is a Tuesday night and I have to work tomorrow.  But...it would be nice to get out of the house.  I don't have to drink, I can just enjoy the music.
You respond:  Sure!

A few hours later, you and your friend arrive at the bar.  You walk into the XYZ with a smile and your favorite local band is already playing.  You order a beer, you'll just have one, and take a look around.  You notice a few things:

There's a table full of guys that look like they just got off work, sippin on their drinks and talking.  One guy looks really tired.

In the middle of the bar, there is a large group that has moved a few tables together.  There are balloons and loads of drinks on the table.  Oh, look, Cyndi's having a birthday!  (You know Cyndi casually, but you will be best friends soon enough.  She's turning 40 tomorrow, can you believe it!?)

Several random people are scattered around the room talking, including a worn out hippie wearing a floppy hat and scruffy beard.  He seems friendly, smiling and laughing.

The bar is lined with a diverse sprinkling of people.  Some hippies, some white collar workers, some construction workers, a few younger hipsters and a few moms.

No one is on the dance floor yet.

You and your friend find a cozy table and chit chat as you listen to the band.  You give Cyndi a wave and she comes shuffling over to say hi.  She goes on her way and you and your friend sip your drink and tap your toe to the music.


While I never reached this stage on the night in question, I did observe the following stages of The Evolution from this point on.**

At this point in The Evolution there is a more noticeable comradery between the patrons of the XYZ.

The guys that just got off work are talking a little more loudly and have become more animated in their conversation.  They tell stories throwing their arms in the air, slamming their hands on the table and laughing full belly laughs.  They take turns buying another round and stomp their feet to the beat of the band.  They casually sing a few words to the song.  It's obvious that they know the words.   Tired guy still looks tired but he smiles and laughs softly along with the others.

More people have surfaced for the birthday party.  Actually, a mutual friend of yours is supposed to be on the way and you keep watching the door for her to show up.  Which by the way is strange, because you haven't heard from her and you just texted her husband and he said she left over an hour ago!  What the hell!?  You start to get worried because it's not that far of a drive.  Wonder where she is?

Captain Jack is a hoot!  He's obviously a few drinks ahead of everyone else and he's everybody's friend tonight!  People are taking turns trying on his hat and taking funny selfies with him.  You laugh and think how fun it would be to get a photo with Captain Jack.

That worn out hippie finds his way over to your table and smiles politely.  You smile back and then he precedes to introduce himself.  His name is Nels.  Hmmm.  Not Nel. Instead Nels.  Anyways, he quickly becomes your BFF and tells you a long winded story that you can't make heads or tales of, instead you laugh and smile when he does and pretend that you are following along.  You nod in agreement and at just the right moment, you give him a high five and a "right on, man" to solidify your friendship.  You still have no idea what he just said but he seems like a nice guy.

A strange mix of people is rolling in now.  Not only do you notice the after work crowd, but now a few couples that look like they are headed for a night out on the town.  Additionally, you count several folks that stand out.  Mainly a girl with half her head shaved wearing platform shoes and seems to be seven feet tall to begin with.  The mix of people that were standing at the bar are now migrating to the dance floor.  Several small groups of women are gently swaying along in time with the music.

At this stage of the night everyone is friends.  The guys that just got off work are roaring loudly at the table next to you.  They hoot and nearly tip out of their chairs laughing and sharing inside jokes.

Sleepy guy can hardly keep his eyes open.  In the midst of the loud bar commotion, his eyes flicker open every now and then.  His head nods and pops up every few minutes or so.  You and your friend laugh hysterically at him and bet each other to tip him over.  Although no one actually does it, you erupt in laughter at the thought.

Cyndi's birthday is in full swing.  People from the party are now all on the dance floor.  An older lady with sunglass shades on her real glasses does some sort of a two step as everyone cheers her on.  Cyndi hugs everyone in her grasp and is obviously having the time of her life.  40 is going to be great Cyndi!

Well, look at that!  Your mutual friend finally strolls in and Cyndi lunges at her with gusto.  Apparently, she's been waiting, wandering outside for the last 30 minutes looking for the oddly located XYZ bar.  She probably ran into several misplaced business people looking for a watering hole after work too.  But, she made it to the party, nonetheless, and Cyndi is on cloud nine!  "Let's dance!" she shouts.

Captain Jack is still staggering around the dance floor and making new friends here and there.  He is loosing steam though.  You can see it in his eye.  The one that is not covered with a patch.  A few stragglers that haven't already gotten their picture taken with him, lean in for a quick shot and he smiles a crooked, wavering smile.  You still contemplate getting a picture with him.  You assure yourself, maybe after a few more drinks.

Your new BFF Nels has made his way over to a new table of lady friends to talk to.  You notice that they seem equally confused by the conversation they are having with him, as you did just moments ago.  What a nice guy that Nels is, he's friends with everyone!

The dance floor is now full and people are dancing everywhere.  All the people that were sitting at the bar are now dancing and pulling unwilling friends out to dance as well.  The bar is practically empty and all the tables are too, except Sleepy Guy.  He's still struggling to stay awake.  His friends have abandoned him long ago for the dance floor.

At this point, the first trip to the bathroom is inevitable.  You venture to the two stall toilet only to be faced with several people in front of you.  You wait patiently, smile and chit chat with the other people waiting.  Finally, it's your turn.  You get into the stall only to realize that there's not a lock on the door.  Oh well, so you switch to the other stall.  No lock there either.  Defeated, you resign to just stick your foot out under the door to signify that the stall is occupied.  You make logic in your mind that if anyone comes in, you can simply stomp your foot and they will certainly know that you are in there.  You are smart.  Clever.  Brilliant.

This is the point in the night when things start to get really weird and fall apart.  The Regretful Buzz creeps in under the radar.  It stands in the middle of I'll-just-have-one-more-drink and Sure-I'll-do-a-shot-with-you.  The Regretful makes you brave and bold.  You feel like you can do anything, you should definitely hit the dance floor and maybe tip over Sleepy Guy on the way there.

You anxiously look for Cyndi, who is dancing and singing with anyone that comes within 2 feet of her.  You seek out the birthday girl and give her a hug.  You hug so tightly, screaming your affections to each other, that you nearly tip over.  You giggle-hug and continue your dance together.

Captain Jack is MIA.  You haven't seen him in about an hour and it's too bad because you finally wanted to get your picture taken with him.

Suddenly, without the band's consent, the crowd starts singing an a capella version of the Grateful Dead song Friend of the Devil.  With arms outstretched around each other, holding hands and swaying together, the remnants of the crowd are singing a rather bad version of the song.  The band laughs and shakes their heads at the ridiculousness of the fans.  They are all laughing, singing, swaying and some staggering, trying to the remember the words.

At the closing of the song, the crowd disperses and the bartender shouts last call.  A few grumbles can be heard throughout the bar and with that, you grab your things.  You bid ado to your new BFF Nels, give Cyndi one last birthday hug-hiccup-giggle and head towards the door.  Another Tuesday night in the books.  The Evolution is complete.


*Results may vary depending on the size, sex, genetic makeup, ethnicity (Irish, I'm looking at you) and metabolism of individuals.

**Not to say that I haven't been through these stages before, because I most certainly have visited them in the recent past.  But this is not about me.  It's about The Evolution of the Buzz.