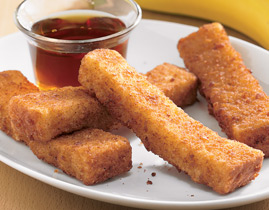 Last Friday I noticed how sprung my class was after lunch.  I had children literally bouncing all afternoon.  By the last 30 minutes of the day, I had had enough.  I told everyone to sit on the rug and I told them a story.  Since I love telling stories, with enough details to put an insomniac to sleep, I told them about the time my dog Phoebe, who is pathologically afraid of thunderstorms, bit through the water supply line in the bathroom and flooded the house.  The kids were thoroughly entranced by the story of the this menacing dog and by the end claimed that she must have super powers.

After school, I must have looked frazzled, I ran into the principal and she asked how my day was.  When I replied, "I don't know what they gave those children for lunch, but they were wild this afternoon."  She laughed and then responded in saying that it was the syrup with the french toast sticks.  She claimed to have seen several drinking it through a straw!  Well that explains a lot!

So now I have a pathological fear of french toast stick days.  And today was one of them.  Again, I picked my kids up from lunch and I had several spinners*.  We made it through most of the afternoon until I couldn't keep a lid on my frustration any longer.

In the last half hour of the school day I pulled them down to the rug for some more storytelling, since it seemed to work last time.  This time I told the story of Dixie, my other dog, that ran away on Christmas Eve and we didn't find her until Valentine's Day.

I thought a lot about the storytelling sessions and how the kids enjoy them so much.  In an age of technology flashing in our faces constantly, there isn't much time for talking, visiting and exchanging stories. I have found that not only do the kids love this, but they have wonderful stories of their own to share.  I hope that my storytelling sessions can become a catalyst for them to reflect a little deeper on everyday life and think of their story as a writer.  I have been teaching so much about taking a small moment and stretching it into a complete story, that I hope they see the relationship from what we do on syrup days.

I chuckled a little after telling the 20 minute story of the dog that ran away and returned nearly two months later.  A little boy (who can't sit still to save his life) grimaced his face when I was through and asked me to tell them another story.  It made me feel happy that they enjoyed my stories, even if they are 8 years old.

*A spinner is a child that can not walk in a straight line without spinning, skipping, hopping, jumping or running along the way.  Usually caused by watching too much Spongebob or playing too much XBOX 360.
Posted by Heather